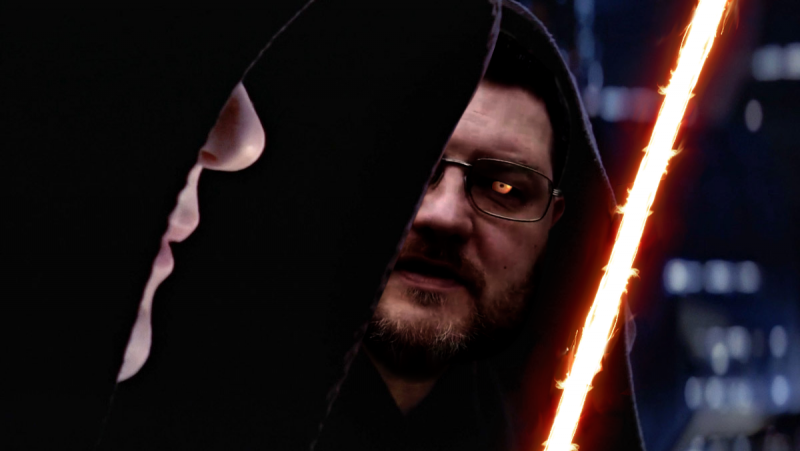 Recently we’ve published a series of texts about a techno-fascist philosophy with the pathetically funny title Dark Enlightenment[1, 2, 3, 4]. This philosophy born in the US, denies democracy and equality, preaches racism, absolute market freedom, «traditional values» and the subordinate position of women. It’s alternative self-name — neoreaction — speaks for itself. The adepts of the Dark Enlightenment are sure that they are creating an influential secret society that works to restore the social foundations of the time of absolute monarchy, while promoting transhumanism and other high-tech ideas about improving humanity.

Furthermore this is not the story of a couple of freaks — the philosophy is successfully developing, there are influential intellectuals among its creators and supporters, including it should be separately highlighted Nick Land. He combines neo-reaction with accelerationism, and in the formulation of his ultra-capitalist and misanthropic ideology relies (this is not an abusive language, Land is an honest and open misanthrope), among other things, on Marxist and Deleuzian theory. However, Land himself repeatedly admits that the union of religious fanatics, racists and neo-futurist technocrats is situational and temporary — they will kill each other if they have to share one state. He hopes for the possibility of separating different branches of neoreactionaries for life in different states. However, it is much more likely that he (like other adherents of the technocratic direction, who are the driving force of the neoreaction) hopes to simply dispose of the dull comrades-in-arms after his hypothetical victory.

Neoreaction does not have a political dimension, remaining rather a concept, a philosophy. There are no parties and movements behind it, however, it has a serious influence on the modern far right — Alt Right[1, 2, 3, 4, 5], which is the breeding ground for their ideological base: white nationalism and male supremacy.

It turned out that we publicised the criticism of the Dark Enlightenment not in vain, since this philosophy found its followers in Ukraine. Thus, the Kiev-Mohyla Academy allocated a platform for its propaganda — on November 24, a lecture «Philosophy of Dark Enlightenment: A Conservative Challenge in the 21st Century» was held in the walls of the wannabe-oldest Ukrainian University. It was none other than Eduard Yurchenko, the former ideological member of the Party of Regions, the most prominent speaker of the Ukrainian Monarchy Club (curiously, which monarchy he plans to revive in Ukraine?), The follower of the pro-Kremlin philosopher Alexander Dugin[1, 2, 3] and a supporter of the counter-revolutionary, «traditional» values. Now this person is in the party National Corps, where he tries to play the role of an ideologist, promoting in his own way ideas that are in vogue among Western far rightists[1, 2]. Obviously, within the framework of the lecture it did not critically analyze the dark enlightenment, but, on the contrary, its enthusiastic apologetics. 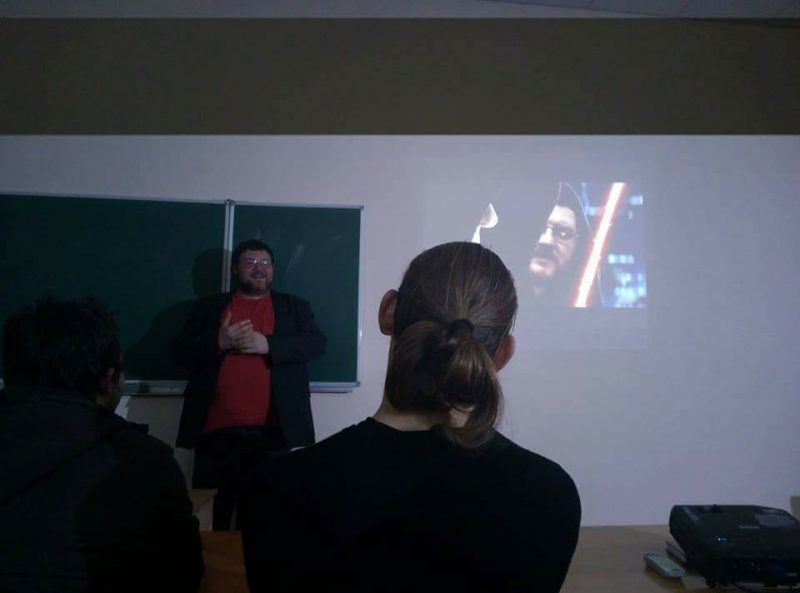 The reasons that prompted Yurchenko to leave the party of former President Yanukovych and join the far-right National Corps party, which is connected with the Azov regiment, are obvious. Yurchenko found a new force, which, in his opinion, would be able to embody his reactionary utopia. Reading his texts, we can say with confidence that he has remained completely faithful to the old ideas. Some of them can be read on the website of the Ukrainian traditionalist club, where you will discover a lot of interesting things about the need for friendship between Malorussia («Little Russia» — russian chauvinist title for Ukraine) and Russia, and about the horrors of revolutions that should be countered by the lost values ​​of elitism and monarchy. UTC’s ideas in this regard strongly echo Russian imperial nationalism, which has similar positions, but does not rest on the abstract tradition, but on the example of a very concrete Russian Empire.

Considering the values ​​of the Dark enlightenment, as well as the values ​​of Yurchenko himself, it is not difficult to imagine what nonsense came from the rostrum, courtesy of the Academy. First, the lecturer scares listeners with the nightmares of a decaying West, which absorbs our homeland, and then offers medicine — the acceptance of  the hackneyed «traditional values», only in a slightly mystical science fiction shell. The usual tactic of reactionaries at all times is to intimidate people with progress and offer salvation in exchange for freedom. It’s ridiculous that Yurchenko himself, with his naphthalene monarchic values, in the event of the victory of the neoreaction (which is impossible, but we will address this another time) will at best be fuel for the bioreactor — born a few centuries too late those rigid conservatives are only interested in Dark Enlightenment as a tool for confronting the left. In the posthuman world of technical singularity (as well as on the way to it) there simply is no place for the romantic fetishes of traditionalists. Yurchenko looks just as miserable as an anarchist engaged in the propaganda of Bolshevism.

It is unlikely that this lecture was very interesting for students — for activities related to Ukrainian traditionalist club, it would have been attended by Yurchenko himself and his clones. They profess a cockeyed version of fascism that could seriously interest the students of Kiev-Mohyla Academy. The proximity of Eurasianism and the Russian World will frighten off a public brought up in national-democratic traditions. State patriotism is more important for most of them than the «white race», and the word «Tradition» is associated more with ukrainian ethnic embroidery than with Dugin’s rehashes René Guénon and Julius Evola. One could ask the leadership of Kiev-Mohyla Academy whether they were ashamed to arrange such an event within their walls. But we will not, because we know: no, not ashamed. Academy got rid of this banal human feeling. The administration, which gave the title of honorary professor to the out-of-the-way anti-Semite, Sergei Belokon, which invited far right ethicist Irina Fariion. The administration, who has tolerated violence in her territory (including far right attacks on it’s own students and teachers), has long been able to overcome the pitiful human sense of shame by approaching, thus, to the ideals of the Dark Enlightenment.