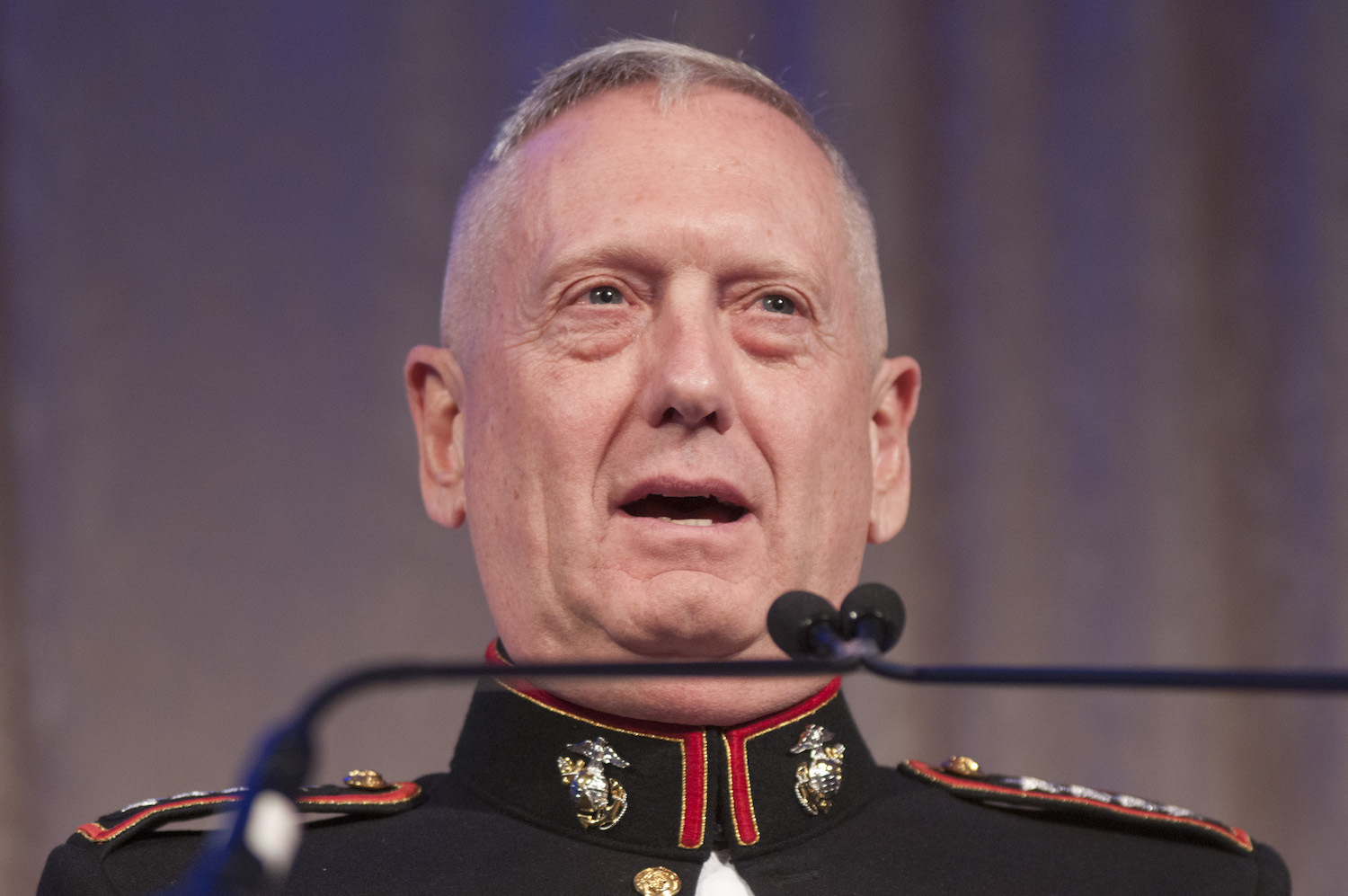 America’s Secretary of Defense James Mattis gave his letter of resignation to the «president» Donald Trump. It is of the utmost importance that anyone who cares about the future of Ukraine and who opposes fascism and imperialism understands the significance of this event, because it could be the beginning of a very dark time for the whole world, but particularly for Ukraine.

One might ask what was so important about Secretary of Defense Mattis. There has long been a sort of cult around Mattis, especially among Marines. I’ve noticed that cult spread among some Ukrainians, no doubt due to Mattis’ assurances to Ukraine against Russian aggression. Realistically, Ukraine has little reason to celebrate the man, but in a way, his actions bought needed breathing room by showing Putin that even with the White House occupied by an elderly man with the mind of a small child, he would not be free to have his way with Ukraine as he pleased.

Mattis was what some of us refer to in America as one of the «adults in the room.» This is what we call the few competent people in Trump’s administration, the people who ignore or at least creatively interpret the «President’s» incoherent ramblings so that the business of the country still gets done and we do not end up in a nuclear war with India or a Russian military base in Alaska. In fact Mattis wasn’t just one of the adults in the room, he was probably the best, and not only for Ukraine, but also for the Kurdish Democratic Union Party and the Syrian Democratic Forces, who together broke the «Caliphate» in Syria.

But as some are already aware, Trump recently announced without warning that the US would be leaving Syria immediately, and in so doing they have practically invited Turkey and its proxies to enter into northern Syria and drown in blood one of the most revolutionary, progressive (albeit with some flaws) projects of the 21st century. In fact, Turkey, Iran, Russia, and the client regime of Bashar al-Assad will no doubt decide among themselves exactly how they want to divide up the territory before unleashing the bombs and shells. In Secretary Mattis’ resignation letter it is perfectly clear that Trump’s decision to abandon an American ally that, despite their socialist ideology, has become respected, admired, and beloved by many Americans in the military, the Pentagon, and civil society.

«My views on treating allies with respect and also being clear-eyed about both malign actors and strategic competitors are strongly held and informed by over four decades of immersion in these issues,” on part of the letter reads. “We must do everything possible to advance an international order that is most conducive to our security, prosperity and values, and we are strengthened in this effort by the solidarity of our alliances.»

Now there are many in Ukraine (and elsewhere) who don’t immediately see the true significance of all this. Many may have no idea what is going on in Syria or who the Syrian Democratic Forces are. Some may think that while the US may abandon these non-state actors in Northern Syria, it would never abandon Ukraine, an actual state that is mostly surrounding by NATO countries to its West. This assumption is terribly mistaken. If anything, the US is more likely to abandon Ukraine, if it hasn’t nearly done that already. To understand why, it’s important to understand American foreign policy since the end of the Cold War.

Even before the fall of the Soviet Union, the United States was already becoming more and more drawn into the Middle East. There are a number of reasons for this, but two of the most important were the 1973 oil embargo which was a shock to American consumers, and the 1979 Iranian Revolution, which gave the US a new international adversary with a completely different ideology from the Soviet Bloc and the Chinese. The Iran-Iraq War set up the First Gulf War, which pulled the US into the region even further. That American presence in the Arabian peninsula inspired Osama Bin Laden to declare a global jihad against the US and its allies, and I think at this point the reader can complete the timeline and see how rapidly and deeply the US is mired in that region. 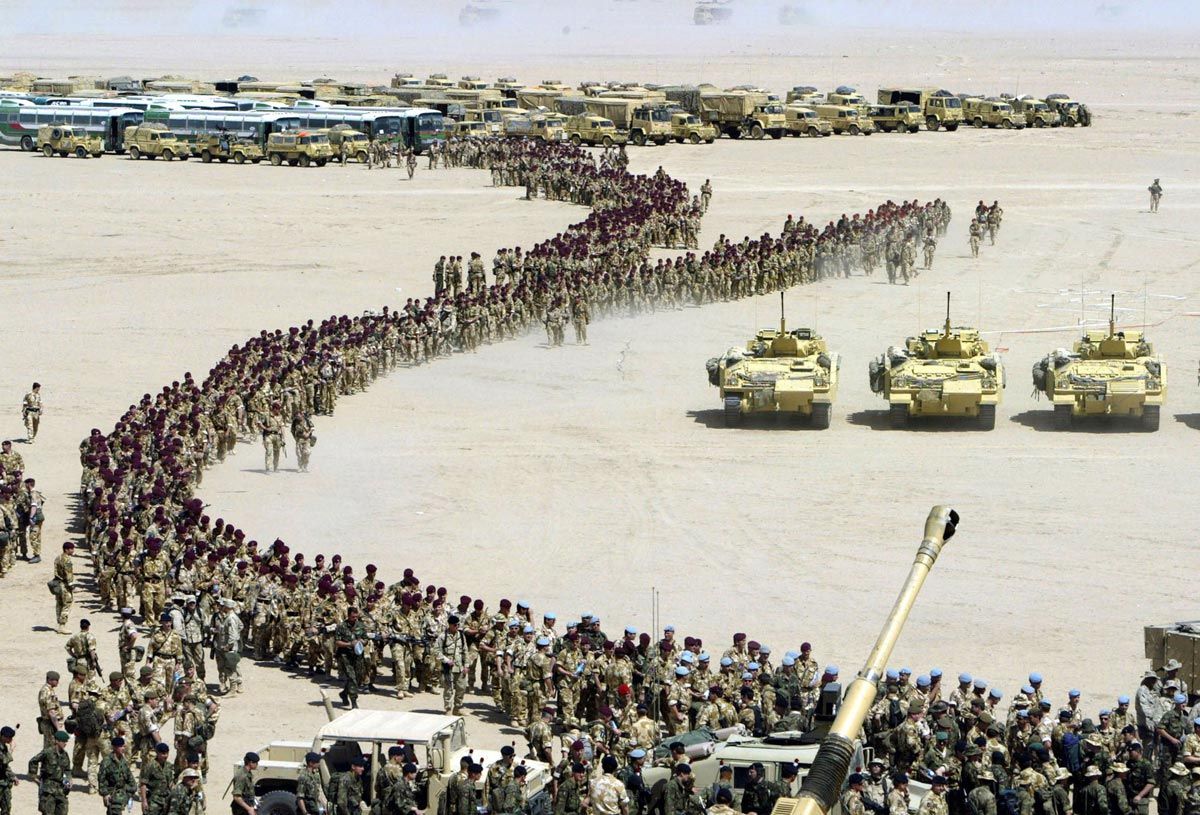 We should contrast this with how it has behaved in Eastern Europe at the same time, as the Soviet threat receded and then evaporated. Yes, there was NATO expansion, and yes there were military interventions in Bosnia and Kosovo. But even as more countries joined NATO, its military presence was actually receding. Prior to Putin’s aggression in 2014, many Western experts lamented how so many NATO member countries weren’t spending the requested 2% of their GDP on defense. In fact, this summer one commentator argued that not even the United States truly meets the 2% spending guideline if one remembers that much of the US defense budget is spent on other theaters and not on securing Europe, the main mission of NATO.

One of the biggest ironies of our time is that while Putin spent years screaming about NATO approaching his borders, the US was actually getting out of Europe. Many European bases were either being closed or they were dedicated to supporting missions in Iraq or Afghanistan. By deploying Russian tanks in Ukraine, Putin even brought American heavy armor back into Europe.

I could go on for many pages but this should be enough to make the reader understand the most important point for Ukraine: the Middle East and the War on Terror are both far more important to the US than Europe, especially non-NATO Ukraine. This is the reason why the US didn’t rally to the side of Georgia in 2008, preferring instead a «reset» with Russia the following year. It is the reason the US got directly involved in combat operations in Syria whereas the same administration advised Ukraine’s leadership not to resist the Russian takeover of Crimea in 2014. While the US never truly supported the revolution in Syria, it was quick to declare there was «no military solution» in Ukraine at a time when Putin had already decided on a military solution. 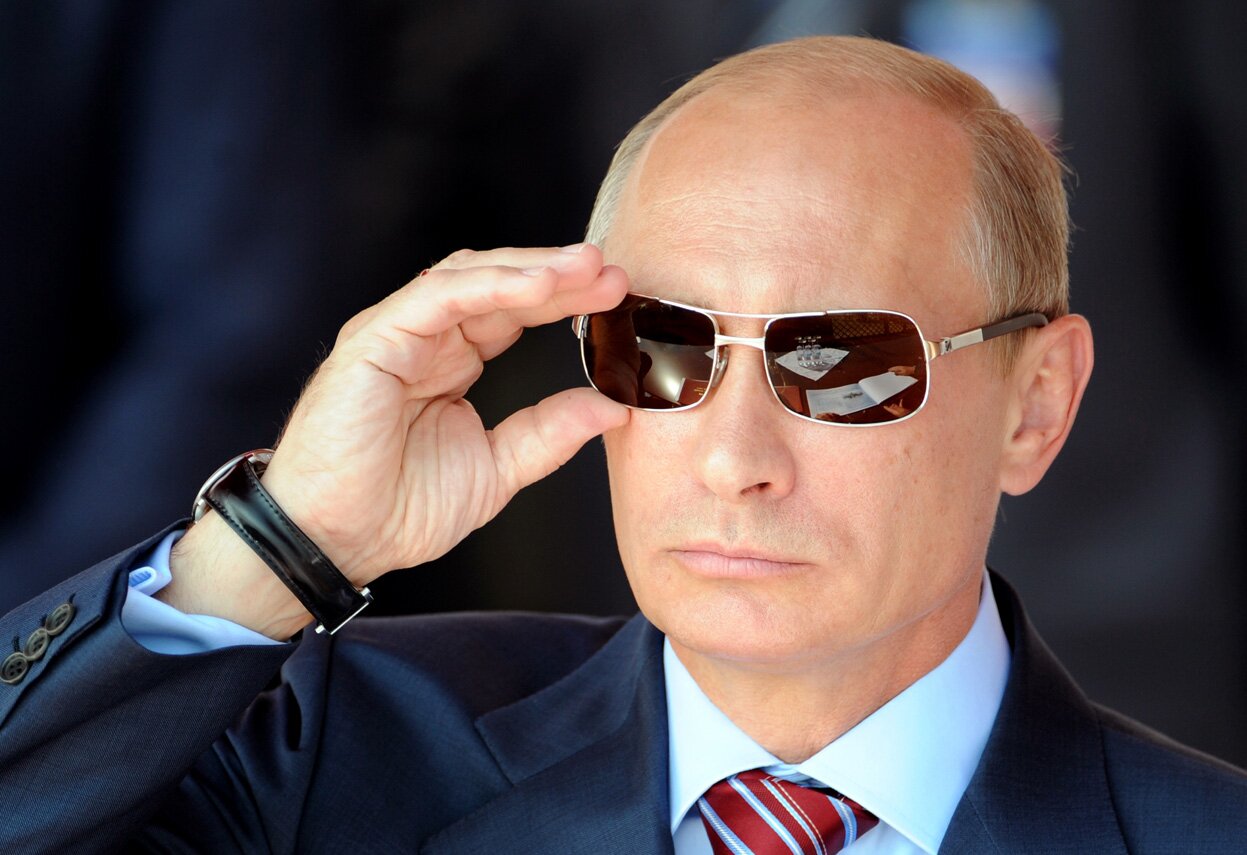 So let us return then, to Trump, minus Mattis. Trump is weak against Putin, and Putin knows it. He saw it in person earlier this year in Helsinki. Now he’s openly broken another treaty with Ukraine, allowed an open attack on Ukrainian naval vessels, and is clearly trying to take over the Azov sea and strangle Ukraine’s remaining eastern ports. Even if he decides to hold off on a full scale invasion he can do much damage to weaken Ukraine in the meantime. And meanwhile there has been no real response from the US or other NATO members to punish Putin for this new aggression. In short- Putin has a green light, and he may go at any time he likes.

A few weeks ago I wrote about Poroshenko’s so-called «martial law,» and I suggested it could be positive if it at least demonstrates to Putin that Ukraine can be prepared to meet any new invasion. But since then, my sources inform me there has been no mobilization (which Poroshenko himself admitted) and the Ukrainian military could take as much 60 days to reach full readiness. Seeing as how Poroshenko claimed the reason for the martial law was that he’d received intelligence about an imminent Russian invasion, it’s hard to see how deliberately not mobilizing the armed forces can be called anything but «zrada.»

For my conclusion I take a more serious tone. I’m not going to make a concrete prediction about renewed Russian aggression against Ukraine right now. Firstly because we’re already seeing new aggression in the Azov Sea and Kerch strait, and secondly because it’s too early to make that call. But what I am certain of is that due to several recent events, one of the most important being Mattis’ resignation, Ukraine is completely vulnerable to Putin and Putin knows that. He knows that even if the West does decide to react to his next move against Ukraine, it will take time, possibly six months to a year. 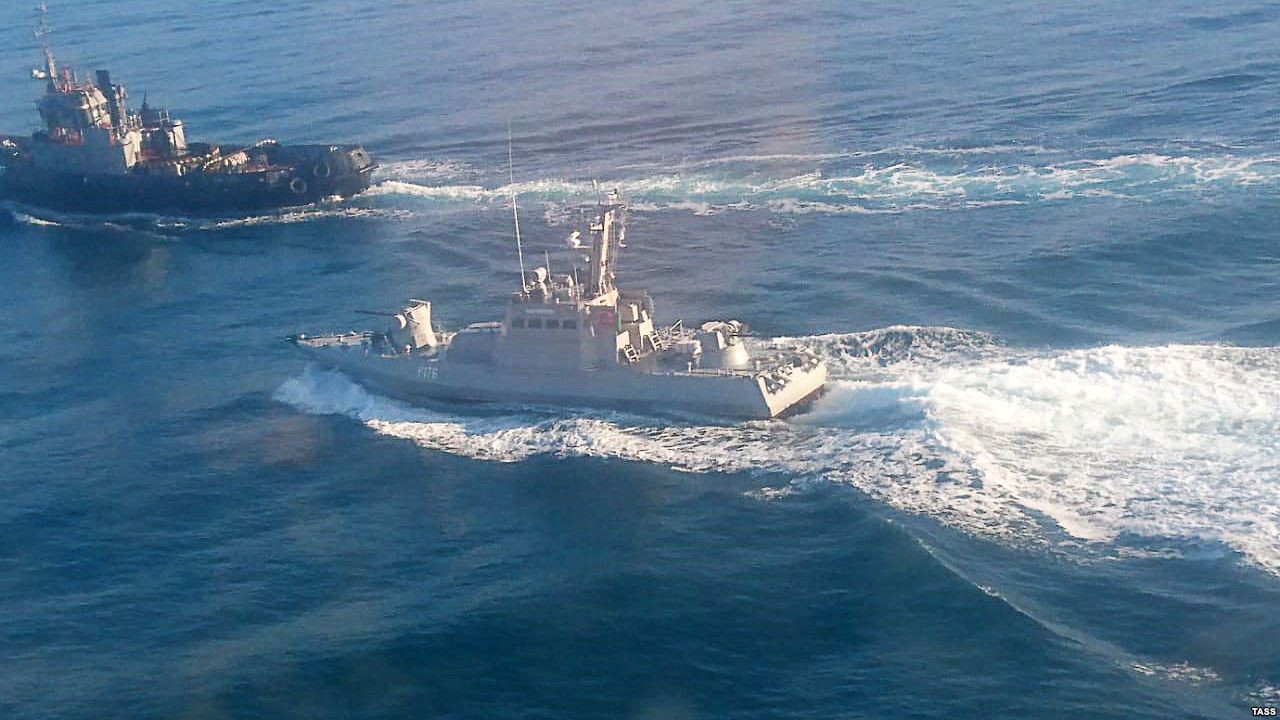 Russian footage of the Kerch incident

Dark times are ahead for Ukraine, but that doesn’t necessarily mean we are doomed. In fact, perhaps this is necessary. For too long Ukraine’s ruling political factions have been living in one form of delusional fantasy or another. Now reality could kick in the door at any moment and when it does, it will be painful but it will also finally expose and discredit all those delusional people, from the «pacifist» capitulationists, to the chest-beating far right nationalists and the «patriotic» liberals who defend them. All will be exposed when the storm finally does break, and they will be swept away.

So to all brothers and sisters in Ukraine and all allies of Ukraine wherever and whoever they may be, do not lose heart. Be vigilant and ready for the worst but do not despair, even if today you are rejected by the political mainstream. When the day of judgment arrives, their lack of vision and their incompetence will convict them, and though the battle with the invader and occupier will be a long and bitter one, we will finally have a clear path to victory.

Lastly, remember that the battlefield is in fact global, and Ukraine can only achieve victory when it engages the enemy on the global battlefield. The cause of Ukraine must be inextricably linked with the cause of people fighting against oppression, exploitation, and imperialism everywhere — this is the higher cause of human emancipation. In this way, all those who contribute to Ukraine’s cause are in some way contributing to their own liberation. 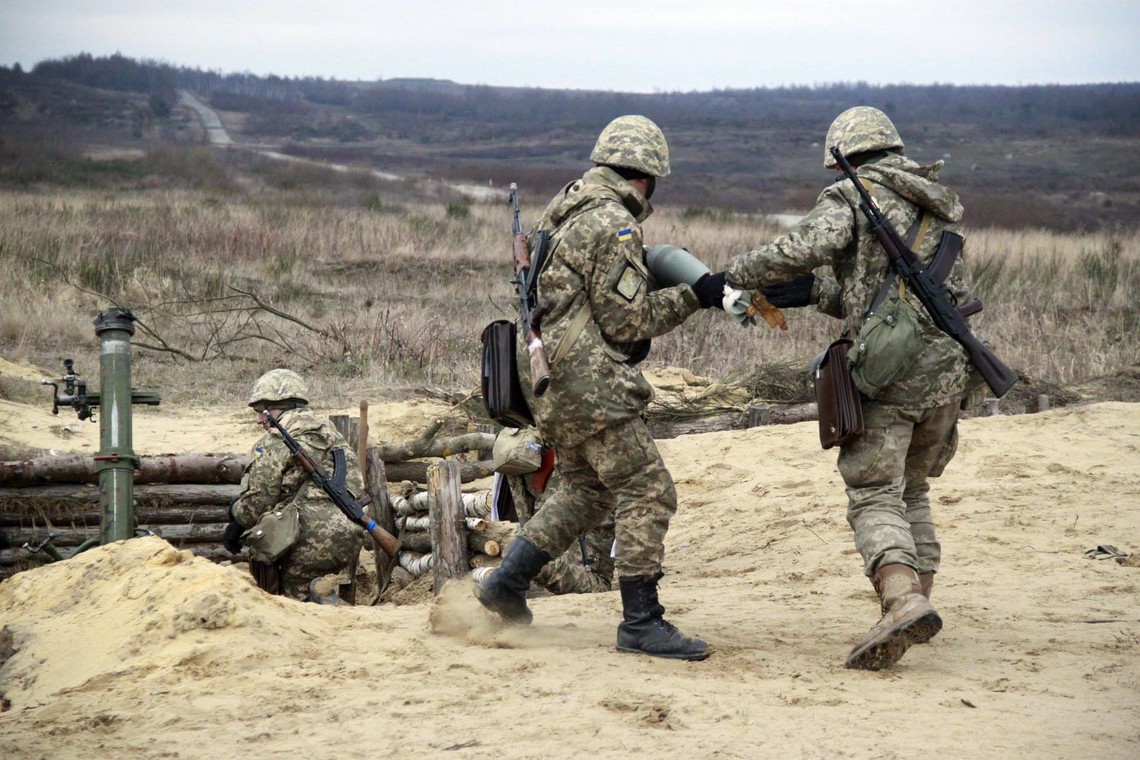 Ukrainian military at the Donbass front