January 19: against fascist «Russian world» and its Ukrainian followers!

January 19 is the day of remembrance of Russian oppositionists Anastasia Baburova and Stanislav Markelov, murdered by Kremlin-backed fascists. Why is this relevant to Ukraine?

Being afraid of revolutions similar to both of Ukrainian Maidans, Russian government has adopted far-right reactionary values, the so-called «Russian world», and now promotes them all over the world. In fact, Russia is the main fascist threat for Ukraine. Russian elite tries to impose those values on Ukraine in every way they can.

Not everything is fine inside Ukraine though. Proponents of the «Russian world» exist among Ukrainians themselves. Ukraine has its own fascists who imitate the Russian ones in terms of praxis and political goals.

Ukrainian fascists copy Russian fascist agenda — they strive for violation of human rights, cynically spit on basic constitutional principles like people’s sovereignty, equality and secularity of public institutions. Their aim is to deny  universal values to Ukrainians and embrace the value complex of the «Russian world», or perhaps an alternative, Ukrainian version of it.

In fact Ukrainian fascists are the force in the service of certain groups in Ukrainian government, who seek to undermine the goals and the historical mission of Maidan. 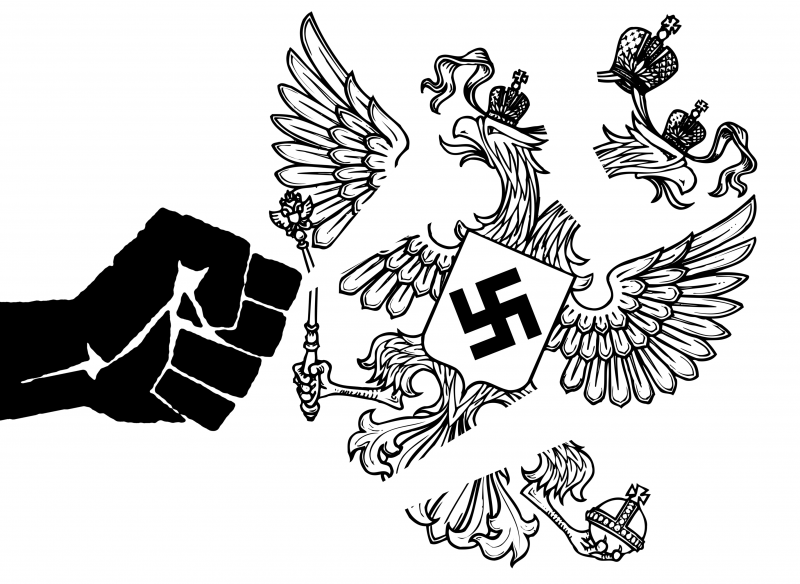 Any triumph of this «Russian world» parody orchestrated by the Ukrainian fascists in the service of Ukrainian corrupted bureaucracy will devalue all the achievements and sacrifices of the Maidan revolution. Also it will make resistance against Russian military aggression pointless.

We should continue our struggle against the «Russian world» on all fronts: military, political, ideological and cultural. One of the most important steps should be the dismissal of Ukrainian Interior Minister — Arsen Avakov as the main patron of fascists in public institutions